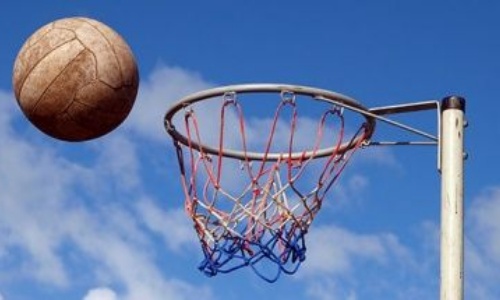 Our girls played well at the annual netball tournament held at Tormead School on Saturday 12th March. The girls showed excellent teamwork and spirit throughout the morning.

Despite the cold and fog on Saturday morning, 9 schools from Guildford assembled at Northmead School for the annual year 5 and 6 netball tournament. After months of commitment to Friday trainings, it was finally time to face the opposition. The improvement in both our teams throughout the morning was amazing. Despite having to play 8 matches and some narrow defeats, both teams kept working hard. It eventually paid off, with some excellent shooting, both teams got a well-deserved victory and year 5 also managed two draws. Overall, year 6 came 7th and year 5 came 6th. A particular thanks to the year 4 girls who came along, you would never have known they were playing above their age group as they played brilliantly - it's looking good for the future of netball at Northmead! The girls showed excellent teamwork and spirit throughout the morning and it was a pleasure to watch them play! A huge thank you to Sally Bittner for all of her help on the day, and also for running Friday training sessions all year.

Friday 18th March will be the last week of netball club to leave way for the summer term clubs. Thank you to all those for their dedication this year. We will start back in September, ready to improve on this year's performance!